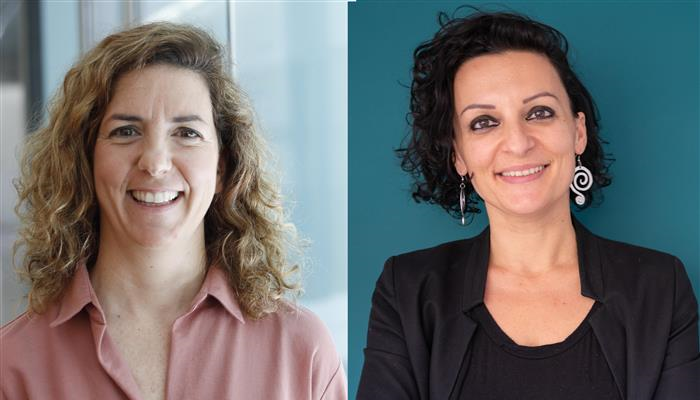 Foundation Dr. Guillermina López-Bendito (left) and Dr. Nanda Rea (right) have been recognised for their careers

The Banco Sabadell Foundation Awards for Biomedical Research and Science and Engineering aim to recognise the careers of young researchers who stand out for their excellence and ability to innovate. This year, two women scientists have received awards for their work in fields such as neurosciences and astrophysics.

After reviewing the 39 entries received, the jury of the 4th Edition of Banco Sabadell Foundation Award for Science and Engineering recognise Dr. Nanda Rea for her contribution to the field of astrophysics, focusing her research on the study of a class of neutron stars with extremely intense magnetic fields: magnetars, a particular type of

Meanwhile, the jury of the 15th Edition of Banco Sabadell Foundation Award for Biomedical Research, after reviewing the 55 entries submitted with basic, clinical and epidemiological research profiles, has decided that the 2020 award goes to Dr. Guillermina López-Bendito for her innovative contribution in the field of developmental neurobiology, making pioneering contributions to understanding the formation and plasticity of nerve connections during brain development, under normal conditions and in sensory deprivation models. Her research may inspire the design of tools capable of repairing defective neuronal connections in patients with congenital or acquired sensory deficits, such as some cases of blindness.

More details on Dr. Nanda Rea - Winner of the 4th Edition of Banco Sabadell Foundation Award for Science and Engineering

Nanda Rea (Rome, 1978) has an undergraduate degree in Physics and a PhD in Astrophysics from the Tor Vergata University of Rome. Since 2016, she has been a CSIC scientist at the Institute of Space Sciences (ICE, CSIC-IEEC) in Barcelona. She recently received an H2020 ERC Consolidator Grant with the aim of studying the population of neutron stars in our galaxy through population synthesis simulations, and is the IP of an H2020 COST action on neutron stars covering 30 countries and more than 300 scientists worldwide. Dr. Rea’s research has focused on magnetars, high-speed neutron stars with extremely intense magnetic fields. She discovered the first magnetar with a weak magnetic field. She has also contributed to the development of models that explain their behaviour under very strong magnetic fields, establishing that magnetars are not stable radiation emitters, but variable sources.

"What we study at my lab are magnetars, which are a particular type of pulsars –what remains after a star 10 times the size of the sun ends its life and explodes. Once it explodes, what it leaves behind is its core which is very compact and has very high density. And this core, which is similar to a big sphere like the whole of Barcelona but with all the mass of the sun inside. The more we know about how physics works in these environments, the more we can innovate, for instance, in new technologies using these physical properties".

"This type of award is very important to make the research work of young scientists known, and in my case, to make the role of women in science visible so that it can begin to be standardised among young people".

"Music and science have a lot in common. Musicians and scientists both work with imagination; they work with different media but the work they do is very similar. They imagine something different; something that goes beyond what is already known".

Statement from the president of the jury of the 4th Edition of Banco Sabadell Foundation Award for Science and Engineering, Prof. Andreu Mas-Colell (President of BIST, Barcelona Institute of Science and Technology, a collaborating institution for this award):

"Dr. Nanda Rea is a researcher with a brilliant scientific career, who has been able to surprise, impact and innovate in a field of astrophysics as mature and central as that of neutron stars. She has also indicated that, as a scientist, she covers all aspects: the observational one (where she works with very large teams when coordination, which she has repeatedly led, makes it necessary) and the development of explanatory theories of the observations ‘that do not fit’.

Awards are important to young researchers for obvious reasons: it is a recognition; it gives visibility; it helps, directly or indirectly, to obtain resources. But youth awards are also important for the research system of a country as a whole: young scientists will be, in part because of the impact of the awards themselves, the scientific and institutional leaders of tomorrow. It is therefore important that the juries do their work rigorously".

Guillermina López-Bendito (Alicante, 1975) has an undergraduate degree in Biological Sciences from the University of Alicante. She did her doctoral degree at the Institute of Neurosciences in Alicante, a joint centre of the Spanish National Research Council (CSIC) and the Miguel Hernández University in Elche. Since 2007, she has been leading her own laboratory and research group as CSIC scientific researcher at the Institute of Neurosciences within the Developmental Neuroscience Unit. With her line of research, Dr. López-Bendito attempts to answer two fundamental questions: the mechanisms that govern the formation of topographic maps of thalamocortical connections during the perinatal development of the brain; and the modulation of thalamocortical connections and the mechanisms of new connection formation (known as "rewiring" or plasticity) in sensory deprivation models, with significant biomedical implications.

"My line of research focuses on how to form a brain that is capable of capturing sensory information from the world around us. How the neurons that receive sensory information, for instance from life, hearing and touch, are correctly connected to each other in the cerebral cortex so that we can perceive and process this information".

"If we want to repair these lost senses in the future, we have to recover the brain connections that have been lost. At our lab, we apply cellular reprogramming to achieve, for example, in blind animals, the recovery of visual neurons".

"These awards are fundamental because they provide visibility, highlight the work of scientists, who do what I call painstaking work –slow work but for everyone’s benefit. Investing in science is investing in the future of society. Because science has the great final aim of improving our quality of life, of improving our well-being by increasing our knowledge for the development of future tools that will improve our quality of life".

Statement from the president of the jury of the 15th Edition of Banco Sabadell Foundation Award for Biomedical Research, Dr. Óscar Marin:

"This year, we have chosen Dr. López-Bendito, who has stood out for the originality and impact of her research work on brain development and plasticity. The jury recognised that Dr. López-Bendito’s research may inspire the design of tools capable of repairing defective neuronal connections in patients with congenital or acquired sensory deficits, such as some cases of blindness".

"Scientists’ work is guided by their desire to discover new boundaries, not by awards. But undoubtedly, awards, especially one as important as the Banco Sabadell Foundation Award for Biomedical Research, are a very important incentive for researchers and their research groups, as they are an explicit recognition of many years of work. As we neuroscientists know, reward systems are very effective in consolidating habits, so we hope that this award will encourage Dr. López-Bendito to continue making progress in her studies of brain development and its diseases".