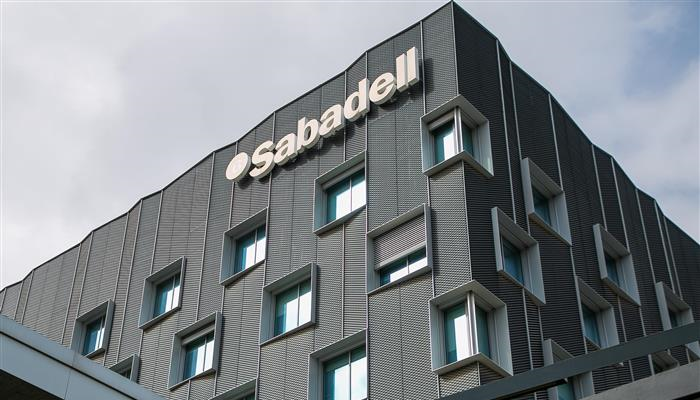 Banco Sabadell Group has ended the third quarter of 2022 with net attributable profit of 709 million euros, in contrast to 370 million euros profit in the same quarter of 2021. The Institution’s core results (net interest income + fees and commissions – costs) increased by 21.1% year-on-year. The Bank’s ROTE reached 8%, outstripping its strategic plan targets.

CEO, César González-Bueno, remarked: “This quarter we are once again presenting some great results. We are all doing our very best to continue to develop our commitment to customer service, in line with the tradition that is the hallmark of Banco Sabadell.” González-Bueno further stated: “we end the third quarter with vigorous commercial activity and meeting all our objectives”.

Banco Sabadell’s Chief Financial Officer Leopoldo Alvear, for his part, noted that “our risk profile continues to improve year-on-year, our NPL ratio remains low and our solvency ratio stands at 12.52%, having improved by 34 bps in the first nine months of this year”.

Net fees and commissions amounted to 1,118 million euros at the end of September, representing year-on-year growth of 4.5%.

Total costs amounted to 2,162 million euros at the end of the third quarter, having dropped by 15.2% in the year. Recurrent costs also decreased year-on-year by 3.8%, mainly due to savings in staff expenses following execution of the efficiency plans in Spain, as well as a reduction of general expenses.

Banco Sabadell’s performing loans ended the third quarter of 2022 with a balance of 156,675 million euros (113,818 million euros ex-TSB). Lending volumes grew by 2.9% year-on-year, driven by good performance in all regions.

Total off-balance sheet customer funds amounted to 38,049 million euros at the end of September 2022, falling by 8.7% year on-year and by 2.0% in the quarter, mainly due to mutual funds, which were impacted by financial market volatility.

The phase-in CET1 ratio stood at 12.65% at the end of September, growing by 4 bps relative to the previous quarter. The fully-loaded CET1 ratio, on the other hand, stood at 12.52%, increasing by 4 bps in the quarter. The phase-in total capital ratio stood at 17.08% at the end of the quarter, above the regulatory requirement, with an MDA buffer of 418 bps. In terms of liquidity management, the Liquidity Coverage Ratio (LCR) reached 217% at Group level.

At the end of September, the NPL ratio demonstrated a positive evolution and stood at 3.40%, compared with 3.59% in the same month of the previous year.

Credit cost of risk stood at 39 bps at the end of the third quarter of 2022, a reduction of 12 bps in year-on-year terms.

TSB earned profit of 103 million pounds and achieved an ROTE of 7.8%, in line with that of the Group.

TSB has ended the month of September 2022 with a positive contribution to Banco Sabadell Group’s results of 93 million euros, compared with 82 million euros contributed in the same quarter of 2021.