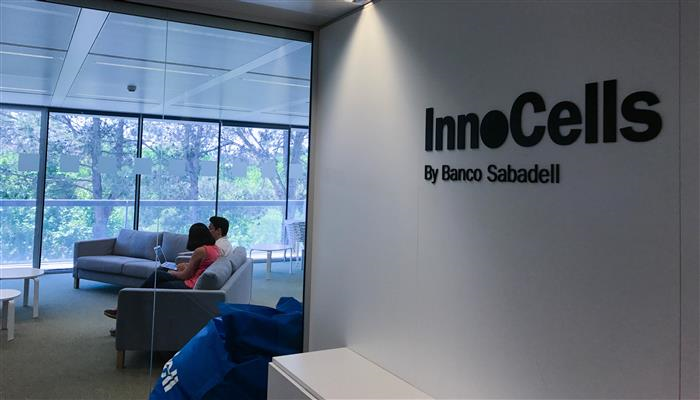 InnoCells, the hub of new digital ventures and corporate venture arm of Banco Sabadell, has participated in an investment round of 121 million Mexican Pesos (around $6,5 million) in the Mexican startup UnDosTres, co-led by IGNIA and Dalus Capital.

UnDosTres is a digital platform −available for desktop, mobile web and Android and iOS apps− which makes it possible to carry out online payments easily, instantly and securely. The services it offers include operations such as mobile phone top-ups and bill payments −electricity, water, gas, television, telephone etc.− toll payments and cinema ticket purchases.

The capital raised will enable UnDosTres to develop new functions, which will allow the startup to become a benchmark digital wallet in Mexico.

This new investment reaffirms Banco Sabadell’s commitment to the Mexican market, where it has been present since 1991, where it covers the business and the individuals segments with a 100% digital innovative project. Furthermore, it will move a step closer to new digital payment trends in the country.

Arpit Gupta, co-Founder of UnDosTres, explains that: "Our mission is to make everyday payments seamless and easy. We are enabling every Mexican to pay anybody, for anything, at any time, with ease, speed and security, simply at the tap of a button". Adding that: "UnDosTres is building an ecosystem around payments that will drive consumption and advance financial inclusion. We are excited to partner with IGNIA, Dalus Capital and Banco Sabadell who have vast experience in the payments space".

Julio Martínez, Executive Director of InnoCells, highlights that: "UnDosTres has an advanced and innovative payment platform, led by a team who have very differential visions and implementation capacities. UnDosTres resolves a real problem faced by Mexican users, offering a safe solution to increasing digital payment demand to acquire day to day services." Adding that: "The investment in UnDosTres reaffirms Banco Sabadell’s commitment to satisfying and anticipating its customers’ needs in the Mexican market, which has significant growth and transformation potential."

In 2017, InnoCells co-led an investment for the amount of 1.5 million pounds (1.6 million euros) of seed capital in UK platform Bud.

In 2018, the hub led a €1 million investment round in seed capital in the voice biometrics startup Biometric Vox. Furthermore, it invested 5 million euros in Antai Venture Builder, and it has invested 7.5 million euros and 10 million dollars in the Hispanic-Israeli fund Cardumen Capital and in the U.S. fund Base10, respectively.

InnoCells has also acquired Instant Credit, a Spanish start-up which offers instant funding in physical and digital sales points (e-commerce) and the online payment platform PAYTPV, the solutions provided by which have been included in Banco Sabadell Group’s offer.

About Banco Sabadell, startups and innovation
In recent years, Banco Sabadell has deployed a global strategy to support startups and innovation. Over 2,700 of the institution’s customers are startups. Over the past five years, it has put over €175 million towards investment and funding, and it has already invested in 67 startups. BStartup and BStartup10, the latter being the bank’s investment vehicle for early-stage startups, were created in 2013. Sabadell Venture Capital was created in 2015 for investments in capital and venture debt of up to €2 million in seed-stage and Series A-stage start-ups. InnoCells, Banco Sabadell's digital business hub and corporate venture arm, was created in 2017.