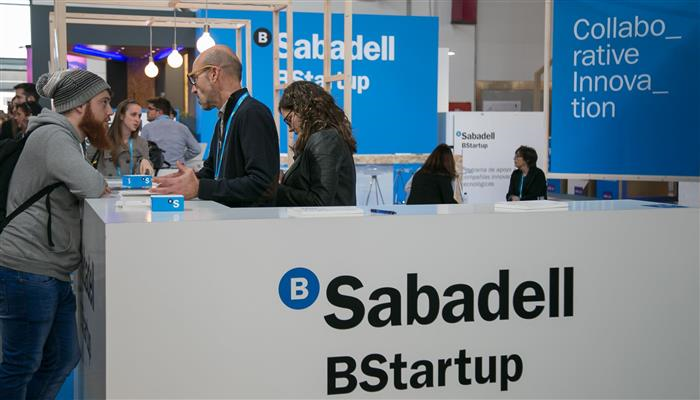 Banco Sabadell is growing its portfolio of startups in which it holds a stake with the addition of 52 technology startups through its three startup investment vehicles. BStartup10, Sabadell Venture Capital and InnoCapital. The bank has been supporting startups for four years, which has led the number of startups which are customers of the bank to grow 2,700, and 143 million euros in formalised loans with these entities.

Yolanda Pérez, Director of BStartup, the support programme for pioneering startups in Spanish banking, has a very positive view of the situation:  “The figures are the fruit of our commitment to specialising our branches in startups, with a specific risk circuit for these types of operations. We offer funding, investment and advice, in addition to signing collaboration agreements with the principal players who drive entrepreneurship, investors, accelerators and technology centres: and are present in first rate events at the startups summit 4 Years From Now (4YFN) as part of the Mobile World Congress in Barcelona, the South Summit in Madrid or the Venture on the Road throughout Spain".

Five years of supporting 4YFN, with a particular focus on Artificial Intelligence

The commitment to this entrepreneurial ecosystem is also conveyed in BStartup’s presence, for the fifth consecutive year, as a gold partner of 4YFN, as part of the Mobile World Congress (MWC) in Barcelona.  4YFN is celebrated in Barcelona from 26-28 February, and Banco Sabadell shall be present with its funding and investment in startup teams, together with its innovation and technology teams.

In this fifth edition of 4YFN, BStartup, Banco Sabadell will use its stand to present 15 startups in which it holds a stake, which are in different stages of development. Furthermore, as part of the  4YFN agenda, Banco Sabadell offers its own schedule of activities relating to Artificial Intelligence, Corporate Venture and Venture Capital.

With regard to Artificial Intelligence, the presence of Nuria Olivera, Director of Science Data at Vodafone and the Chief Data Scientist of Data-Pop Alliance, Alfonso Ayuso, Chief Analytics Officer of Banco Sabadell, are particularly noteworthy  from a strategic perspective for companies, as well as the InnoCells workshop which addresses this topic with British startups Bud and Illumr.

Regarding Venture Capital, José Carol, Director of BStartup10, will lead a round table discussion regarding key aspects of investment for startups, together with executives from Balderton Capital, Earlybird Venture Capital, Point Nine Capital and Samaipata Ventures, four international benchmark funds.