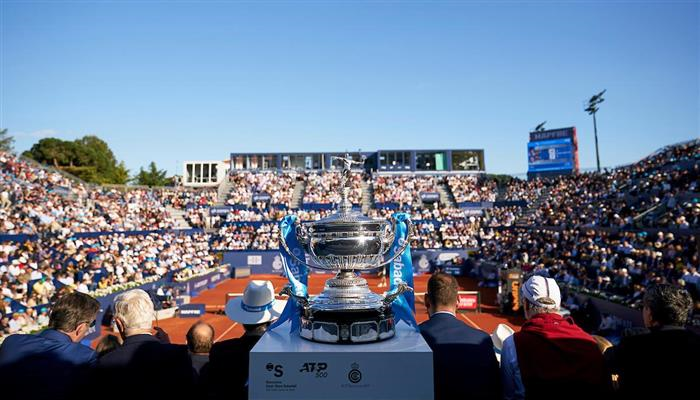 Banco Sabadell, main sponsor of the Barcelona Open Banc Sabadell – Conde de Godó Trophy since 2008, will continue to support the tournament for three more years. The agreement reached between the Bank and the Royal Tennis Club Barcelona-1899 will prolong the relationship that will now span 17 years –the longest relationship in the tournament’s history.

After a few very complicated years as a result of the pandemic, Banco Sabadell has taken a step further to renew confidence, provide stability and continue the tournament’s growth. This agreement allows the Barcelona Open Banc Sabadell to organise the 2023 edition on the occasion of its 70th anniversary maintaining its place at the pinnacle of clay tournaments and being one of the main events of the ATP 500. The 2023 edition will be held from 15 April to 23 April at the courts of the Royal Tennis Club Barcelona-1899 with tickets going on sale on 30 November 2022. The tournament will overhaul its image, with the inclusion of elements that celebrate its 70th anniversary and new designs for the tournament’s merchandise that will be unveiled soon.

Josep Oliu, Chairman of Banco Sabadell, states: “We identify with the values of tennis and that is why we have renewed our confidence in this sponsorship for three more years”. Oliu points out that “It is a tournament that is well regarded in Spain and abroad and that has become a meeting point for not only customers and employees, but also the Catalan community”.

Banco Sabadell started its relationship with the tournament in 2008 during turbulent years as a result of the severe economic crisis and, in the face of the difficulties at that time, the Bank considered it a priority to provide organisers with peace of mind and stability. During all these years, the tournament has consolidated itself as a major sporting event and as a great international platform for the city of Barcelona.

In the words of the Chair of the Royal Tennis Club Barcelona-1899, Jordi Cambra: “To strengthen the alliance with Banco Sabadell is great news for the tournament and will allow us to continue growing according to our plan. After more than 14 years, both the Bank and the tournament have adopted a work philosophy that follows the same trajectory and that is key to remain at the top of clay tournaments”.